This paper focus on detecting arbitrage opportunities from a matrix view. Two methods are implemented in the paper, one method is based on the eigenvalue and eigenvector and another one is a computational method raised in this paper. Some characteristics of the arbitrage such as the magnitude and frequency are found out from the historical data.

In the 33333 minutes, there are 28534 minutes in which the direct or triangular arbitrage opportunities exist. And the number of minutes in which arbitrage exists is calculated for each currency group. Table 1 shows the top ten frequencies and the corresponding entries.

Two average bid-ask spreads of each entry (sum of three currency pairs) are calculated in this part, one is in the no-arbitrage situation and another is in the situation which has arbitrage opportunities. And the spread is calculated as the
percentage of the mid-quote, that is, Figure 2 shows the comparison of the two cases.

We have discussed two methods to identify arbitrage opportunities in the foreign market. The first one is the eigenvalue and eigenvector method, which is proposed by Ming Ma3. The idea is from the arbitrage free situation. We show the bias of the method from the view of the perturbation of matrix and the magnitude of the bias depends on the magnitude and the directions of the perturbation. Another weakness of the method is that it assumes that there is only one price in the foreign exchange matrix, neglecting the market maker. The second method is a computational method proposed in this paper. The method uses the element product of matrices to replace the process of the hard way to do the loop for every possible path. The advantages of the method are the operation speed and the accuracy. And the weakness of it is that if we need to identify the arbitrage involved too many currencies, to construct the highdimension matrix need too much memory. 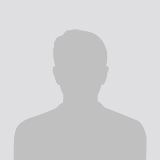