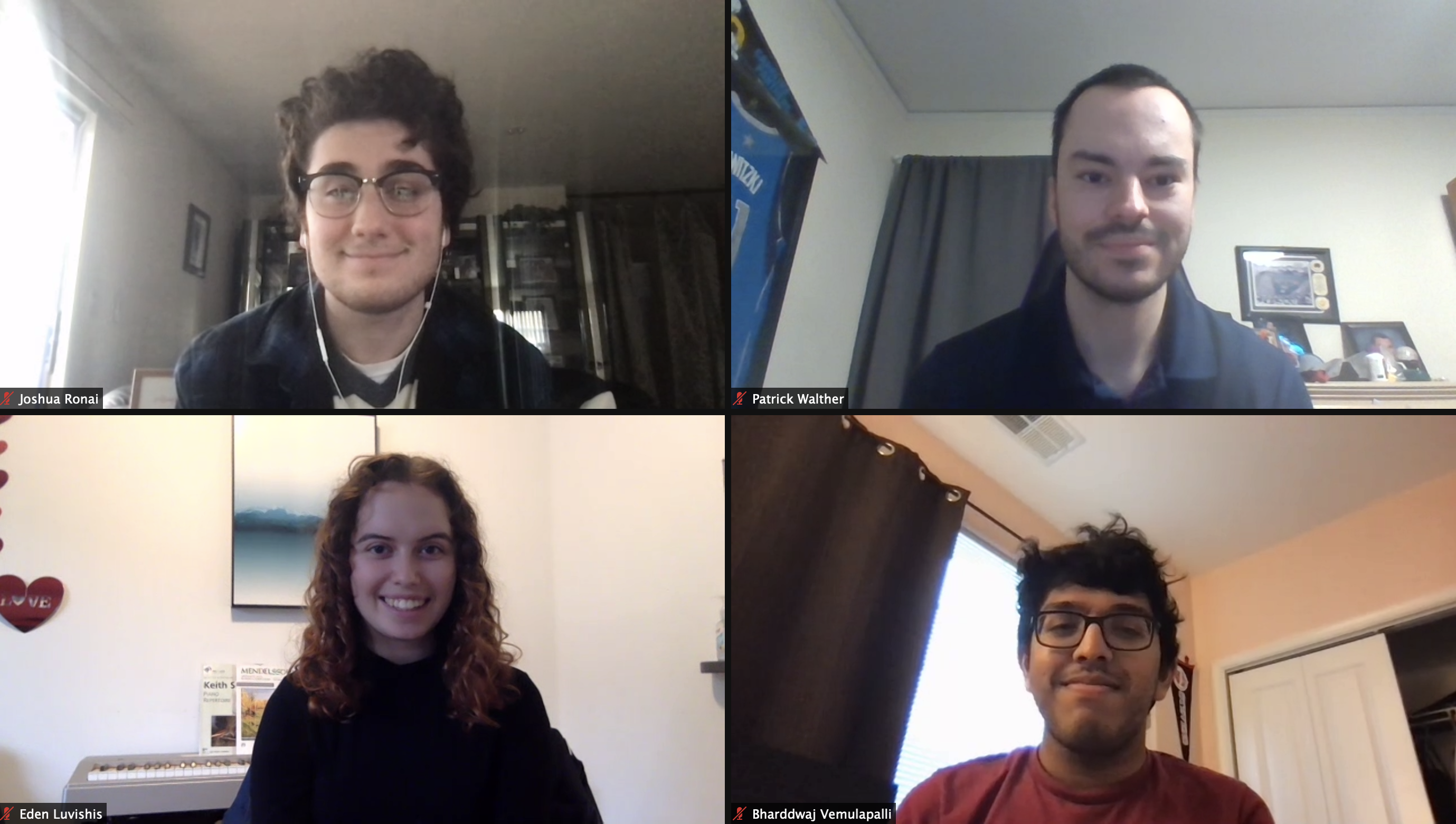 Generative Adversarial Networks, or GANs for short, are a relatively new type of deep neural network. Eden, a second year quantitative finance student on the team, noted that their main interest is to use GANS in conjunction with financial markets and time series generation. “Historically, the stock market is very complicated and time series generation as a whole is very involved, as well. There are traditional, statistical methods such as ARIMA and GARCH that are used to generate time series, but they don't quite capture all the complexities of the stock market. What we were trying to do is apply a neural network, something more complicated and more robust, to time series generation.”

Bharddwaj Vemulapalli, a third year quantitative finance major, explained how they were originally working with Professor Gary Engler (currently a Machine Learning expert at Facebook) to develop this idea. “Traditionally, GANs are used for very visual things like artwork, where you try to mimic a painting and try to pass it off as real. Professor Engler suggested that we try this on time series data and see what happens.”

In this scenario, the ultimate goal of a GAN is to basically have the discriminator “lose”, and have the generator be able to create a painting that looks like a genuine Monet, only to have it be generated by a computer completely on its own.

After conducting the research, Eden received an email from the Pinnacle Scholars program, which often advertises different research opportunities and different conferences going on around the country. They got a notification about the National Conference of Undergraduate Research, which is the largest nationwide research symposium for undergraduate students. “This is a really unique conference, since research like this is usually conducted by graduate or PhD students,'' Eden said. “We submitted our research proposal, our abstract detailing our work, and our poster, and we were then accepted to attend.” The team attended the conference (originally supposed to be held in Washington DC) virtually on April 12th, and presented their research findings to conference participants (other universities, professors, and students). Click here to see their research abstract, methods, and results.